Today, 2 Januari 2013, my goal was to finally get my motorbike through customs.
At 07:30 I was at the shipping company from where we left for the customs office which opened at 08:45. The customs inspector woman told us that we would meet her at approximately 09:30 at the customs terminal. Carlos, the man from ATG (Andean Trading Group) told the inspector that I was following the Dakar Rally and needed to attend at the Dakar caravan urgently…..  That story seemed to work.

The good lady did want to know everything that was in the crate, and made me open every bag and the top case. She made it a point to actually check the frame no. But fortunately she was sympathetic to the Dakar caravan story and said everything was fine.
At 14:00 (2 PM), we could pick up the papers, after we made another copy of my drivers license. In the mean time we went to the bank fast to deposit the terminal fee.
At 14:00 in the customs office we waited till 14:30 but indeed got the documents and the carnet, that serves as temporary import document. Back to the terminal to deliver the documents and get the release forms…..

No such luck !!!! the terminal employee, didn’t know quite how to deal with temporary import of a foreign motorcycle and demanded another official document that was validated by notary… (This same day 300 Dakar attendees were going through the same procedures at another terminal, so how hard could it be).
At that particular moment I confess that I actually did loose my cool for a few minutes…… Carlos however, didn’t and said we were going to talk the guy’s supervisor.
This lady made a phone call and agreed it should be possible. She sent us back to the guy that was oblivious to temporary import and he took forever to process the documents.
But at 18:00  (6 PM) we could finally have the truck come up to pick up the crate.

How many times I had to put down my signature and passport no. on documents today, I don’t know…. I lost count. The same goes for how many times we had to drive from the customs office to the terminal and vice versa. Or how many copies we had to make of documents.
Bureaucracy in (slow)motion.

Bottom line: the crate was on the truck heading for the hostel. 🙂
3 Men and myself were at the hostel to unload the crate. That proved to be a challenge…. We basically lowered the front end of the crate out of the truck, then 4 men lifted the front of the bike (without wheel) and walked the bike into the garage where I jacked it up and put the front wheel back in. It was 20:30; what a long day !!!!

Time for pizza and beer !!!! The remaining preparations I will do tomorrow and leave on Friday. 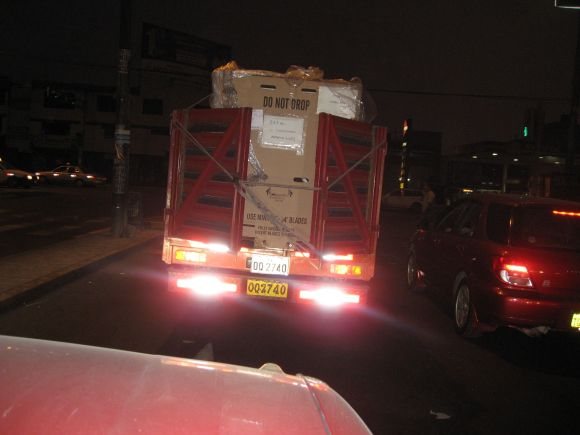 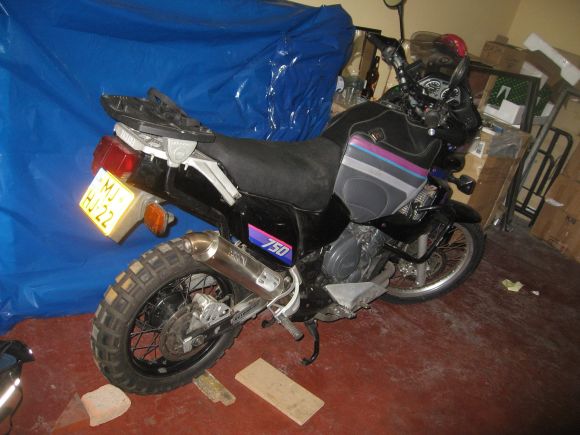 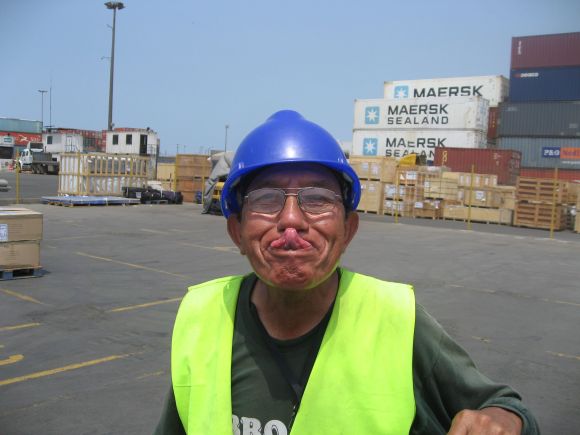 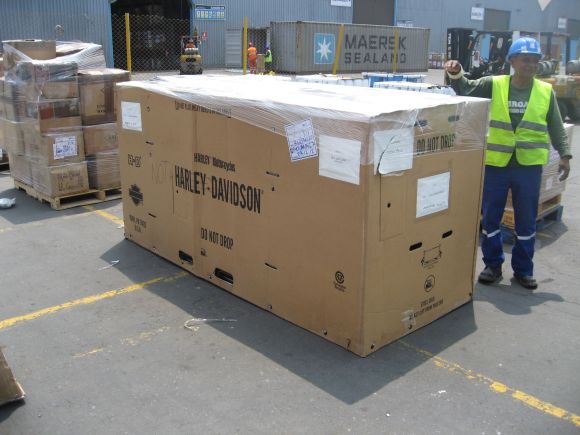