This monday morning I was confident that I would reach Ollantaytambo somewhere mid afternoon, so I would have enough time to figure out where to arrange the tickets for Macchu Pichu.

When I left Abancay there was a hint of rain, but the sun was clearly dominant. The hotel man gave me a few vague directions and the Garmin did the rest, for once completely accurate. So I found myself enjoying the winding roads of the area. All roads are pretty much winding, no matter what direction you go. The only drawback are the trucks and sometimes buses. Soooo slow uphill.

Unfortunately the rain wouldn’t let of, and that really took the fun away…. Then, finally I rounded the last few corners before entering Urubamba from where the last few km’s to Ollantaytambo should begin. I found myself riding in to a crowd of people who were all waiting to cross the bridge… on foot. Not a single vehicle was allowed to pass; the bridge got damaged somehow or was about to collapse……

From the little Spanish I understand, I could make out that the other option was to ride via Cusco: a detour of over 60 km !!!!!!

It felt like the rain really had it in for me today. From 30 minutes after leaving the closed-off bridge, it began seriously pouring down. When I reached Cusco, it seemed like I was watching the remnants of a small disaster. The drains were overflowing with muddy water and there was trash everywhere. And it was cold.

The first thing I wanted to do, was find a fuel station that sells 95 RON gasoline. After 3 disappointing stations in the outskirts I found my way to the city centre and there finally I found one. The nice gentleman from the gas station also gave me directions towards Pisac (or Pisaq) a little town on the way to Urubamba. Another 3 times I had to ask for directions and it was far from easy maneuvering through steep and narrow, slippery, cobblestone streets in the hard rain. Finally I made it out of Cusco and on the way to Pisac, only 26 km to go. Daylight was fading when I got to Pisac.

This was the point for me to stop riding for the day. I was not going to get to Ollantaytambo unless in the dark. Riding on, over unlit winding roads in the rain and dark is not my cup of tea. Also the water really found it’s way through my gear in the end…. I was soaking.

The third hostel I tried had room for my motorbike under their ‘garaje’ which was no more than a carport really.

It’s a crappy place that, by the looks of it, doesn’t get many clients. No WiFi  and not cheap either. But at least it’s dry.

Tomorrow I plan to start early towards Ollantaytambo. Wondering if I’ll be able to visit Machu Picchu tomorrow or the day after that. 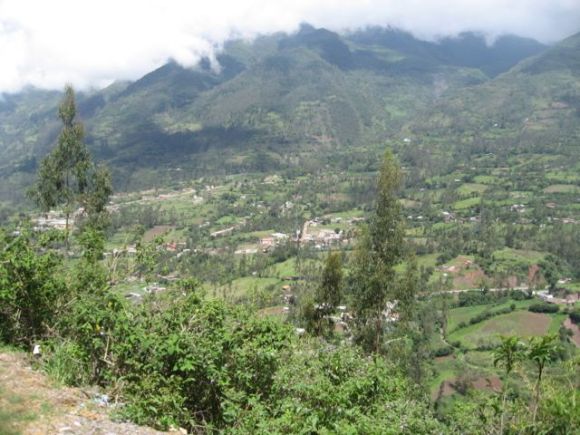 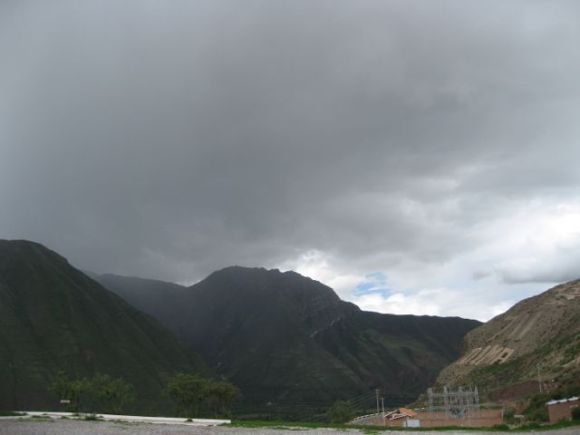