I had no plans for today, when I woke up. The weather in Buenos Aires is very hot and humid, like in Brazil as I remember from 2011. Taking it slow and easy is the rational thing to do 😉
Around 11:00, one of the other travellers, Maite, suggested to go and see Boca. This is a poor area with a very popular artistic section.
So the two of us took a bus and went to check it out. It was exactly like the Lonely Planet described it. Very colourful and vibrant. More than a few couples dressed in Tango dancing outfit, offered to partner up for money and have your photos taken with them. We liked the idea and went along with it. I must admit, I wasn’t really dressed for the occasion, but that didn’t really matter….   (or so I was told… haha) 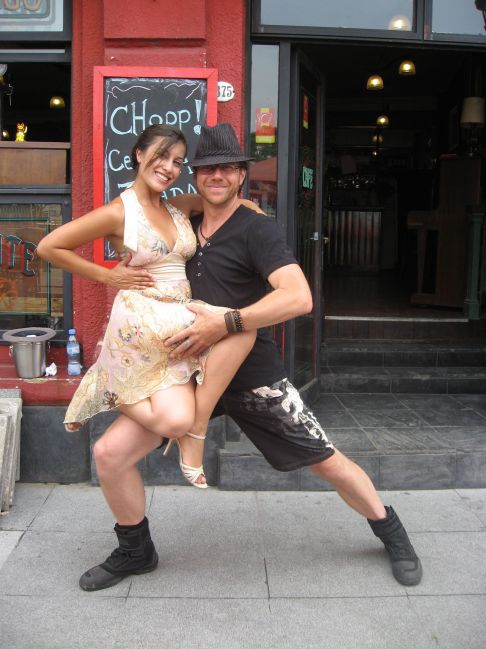 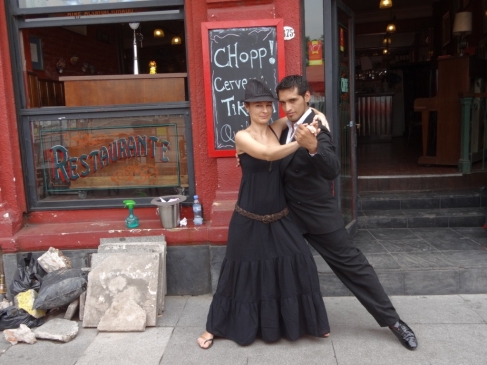 It was all very much a tourist trap, but nonetheless Boca’s charm and atmosphere makes you forget about that instantly. 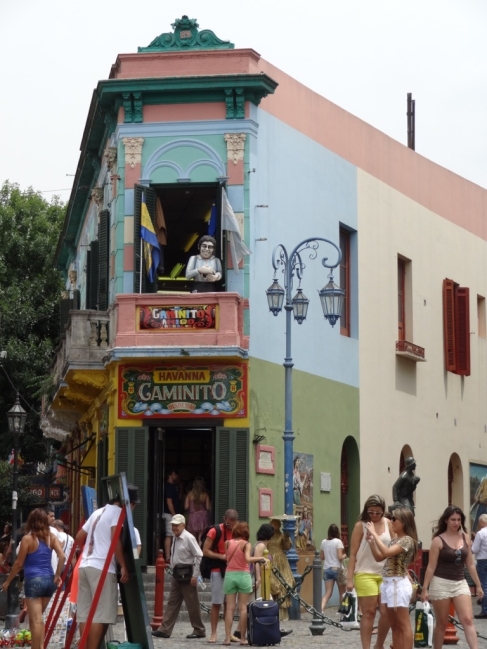 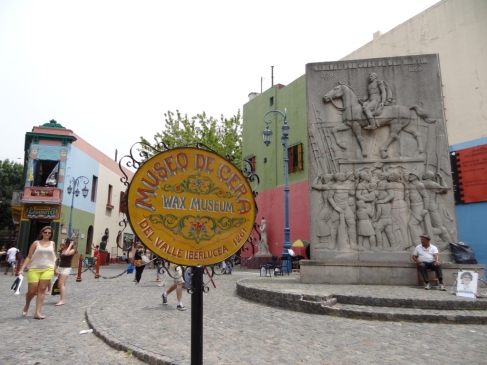 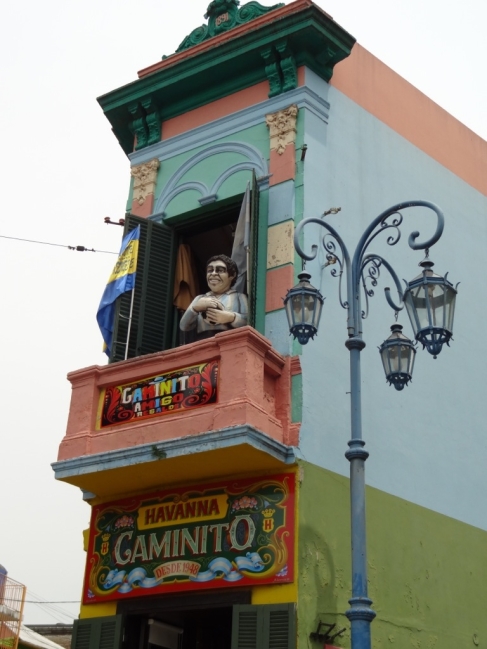 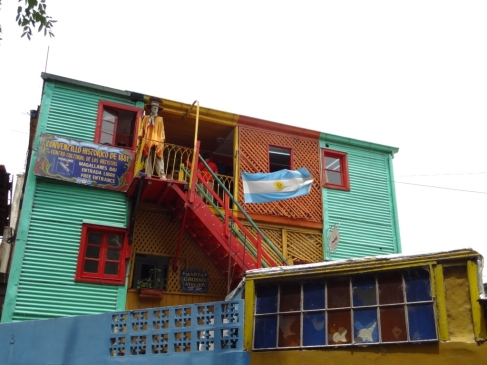 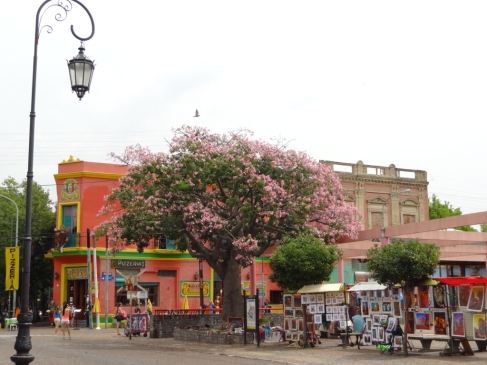 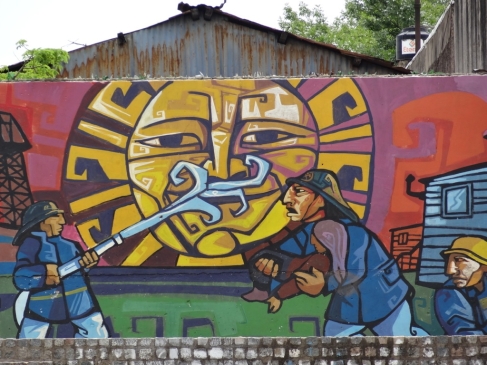 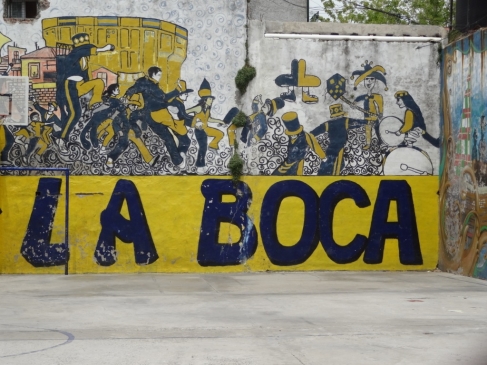 On the way back, we took the wrong bus and found ourselves in the centre. The metro was the fastest way from there, back to the hostel. Besides the fastest way, it was also much much cooler than on the streets. By the time we got back it was around diner time so I went with two others to another part of the city for some diner and beers. When we returned back to the hostel, my feet, back and knee were killing me and I was very tired from all the walking of today.

Tomorrow, there’s one last thing that I must do: pay for the air freight and receive the Airway Bill. I also plan to buy a suitcase, since all my stuff is in plastic bags and the one remaining saddle bag. Not really convenient to travel with on a plane. 😉